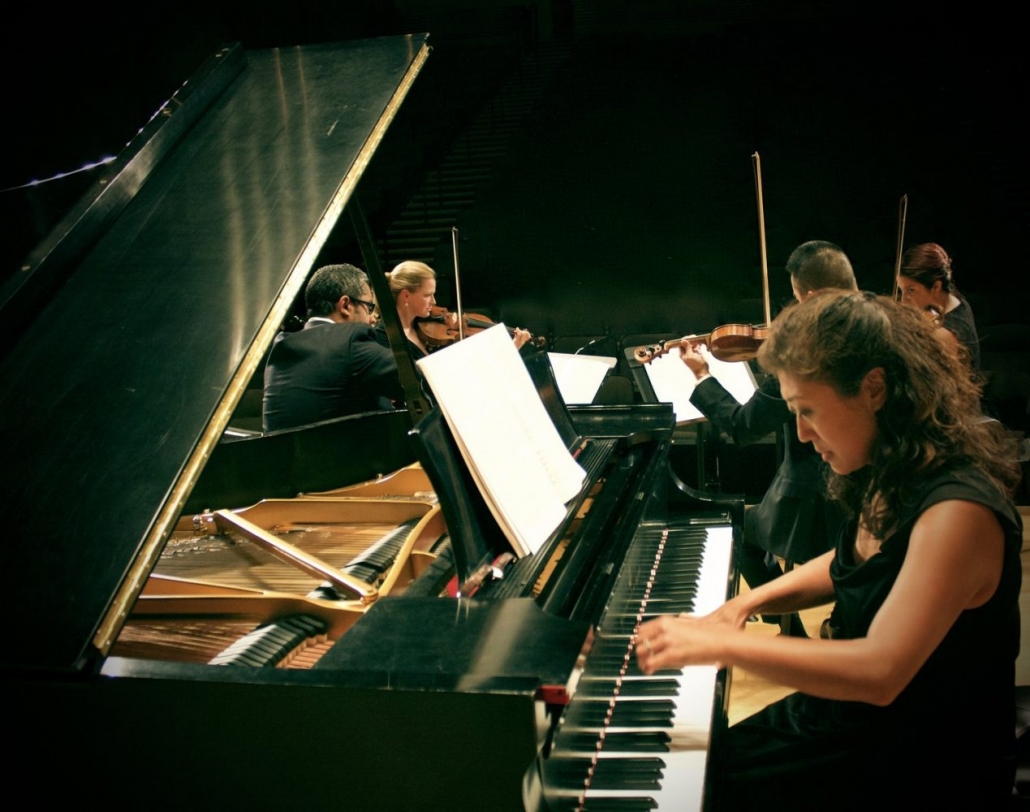 Jennie Jung made her debut with the Pittsburgh Symphony Orchestra at the age of eleven and has since been active as both a soloist and collaborator in North America. Jennie has performed with the Republic of Tatarstan Symphony, Korean Philharmonic, Taejon Symphony, Korean-Canadian, University of Toronto, Hart House, and Cathedral Bluffs Symphony Orchestras. She has attended festivals including the Taubman Institute of Piano, the Banff Centre for the Arts, and the Music Academy of the West, Santa Barbara.

As a collaborative pianist, Jennie has performed in North America, Asia, Africa, and Europe, and has been on staff at the Mozarteum in Salzburg, Austria, Aspen Summer Music Festival, Gregor Piatigorsky Seminar for Cellists, and the Banff Centre for the Arts. Jennie has participated in masterclasses and studied with artists including Claude Frank, Dalton Baldwin, Anne Epperson, Peter Frankl, Jonathan Feldman, Margo Garrett, Martin Katz, Anton Kuerti, Robert MacDonald, Karl Ulrich-Schnabel, and Arie Vardi.

Jennie is a member of the Jung Trio with her sisters Ellen (violin) and Julie (cello). The Jung Trio was the Grand Prize winner at the 2002 Yellow Springs Chamber Music Competition and was awarded the Bronze Medal at the 2002 Fischoff Chamber Music Competition. The Trio has attended numerous festivals and workshops, including the Great Lakes Chamber Music Festival, Norfolk Chamber Music Festival, the Orford Arts Centre Festival, and the Banff Centre for the Arts. Past performances include recitals in Berlin, Salzburg, Seoul, Los Angeles, New York, Philadelphia, Chicago, and Toronto, and a concert tour of Kenya and Mauritius as representatives of the Korean Kumho Cultural Foundation. The Jung Trio has performed Beethoven’s Triple Concerto with orchestras in Russia, Korea, Toronto, and Los Angeles. Their recording of Dvorakʼs Piano Trio in F Minor was released by the Groovenote Label on LP and SACD.