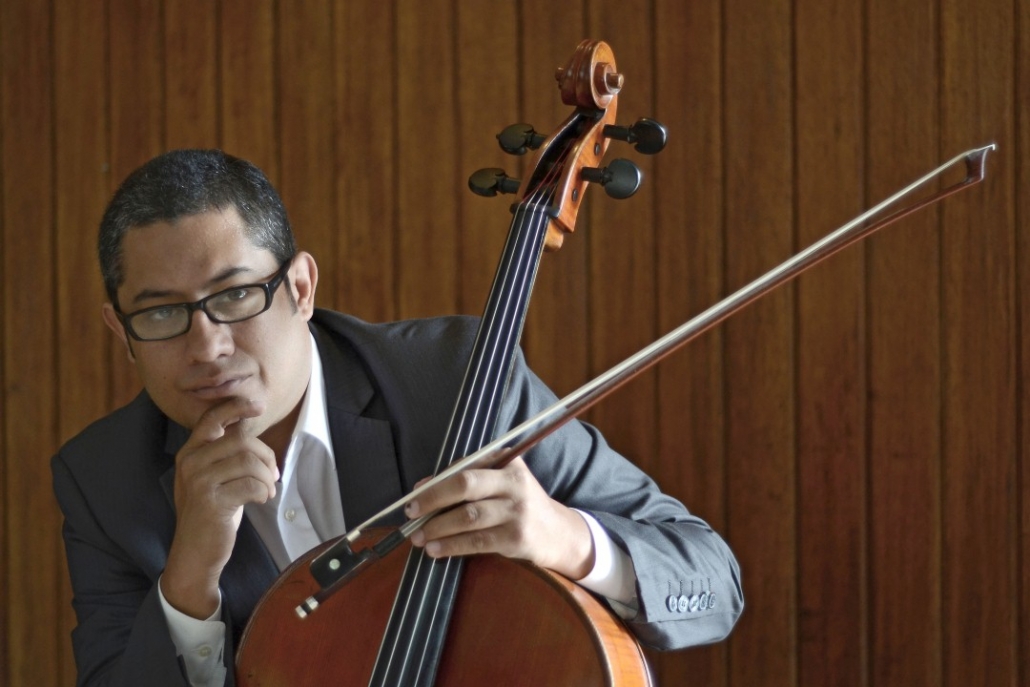 A product of Venezuelan El Sistema, cellist Horacio Contreras has been praised for his “expressive playing” and his “phenomenal work” (mundoclasico.com) and is currently considered “one of the best Venezuelan cellists of his generation” (El Universal, Caracas). Horacio has appeared as a concerto soloist with orchestras including the Municipal Orchestra of Caracas, the EAFIT University Orchestra in Medellín, the Virtuosi of Caracas, the Camerata de France, and the Simón Bolivar Symphony.

As a chamber musician and recitalist Contreras has performed at festivals and on concert series in the United States, France, Venezuela, Argentina, Colombia, Costa Rica and the Caribbean islands. His chamber music collaborations have included performances with musicians from the Chamber Music Society of Lincoln Center and faculty members of leading conservatoires and schools of music such as Geneva, Lausanne, Oberlin, and the University of Michigan. His active interest in new music has resulted in collaborations with relevant composers including Bright Sheng, Steven Mackey, Derek Bermel, Paul Desenne and Ricardo Lorenz. As a member of the new music group Khemia Ensemble he has been in residency at Michigan, Tufts, the Avaloch Farm Music Institute, Universidad Nacional de Cordoba (Argentina) and Universidad Nacional de Colombia.

Horacio began his studies through El Sistema in Venezuela. He graduated from Perpignan Conservatoire (France) and Escola de Musica de Barcelona (Spain) and earned both his masterʼs and doctoral degrees from the University of Michigan.